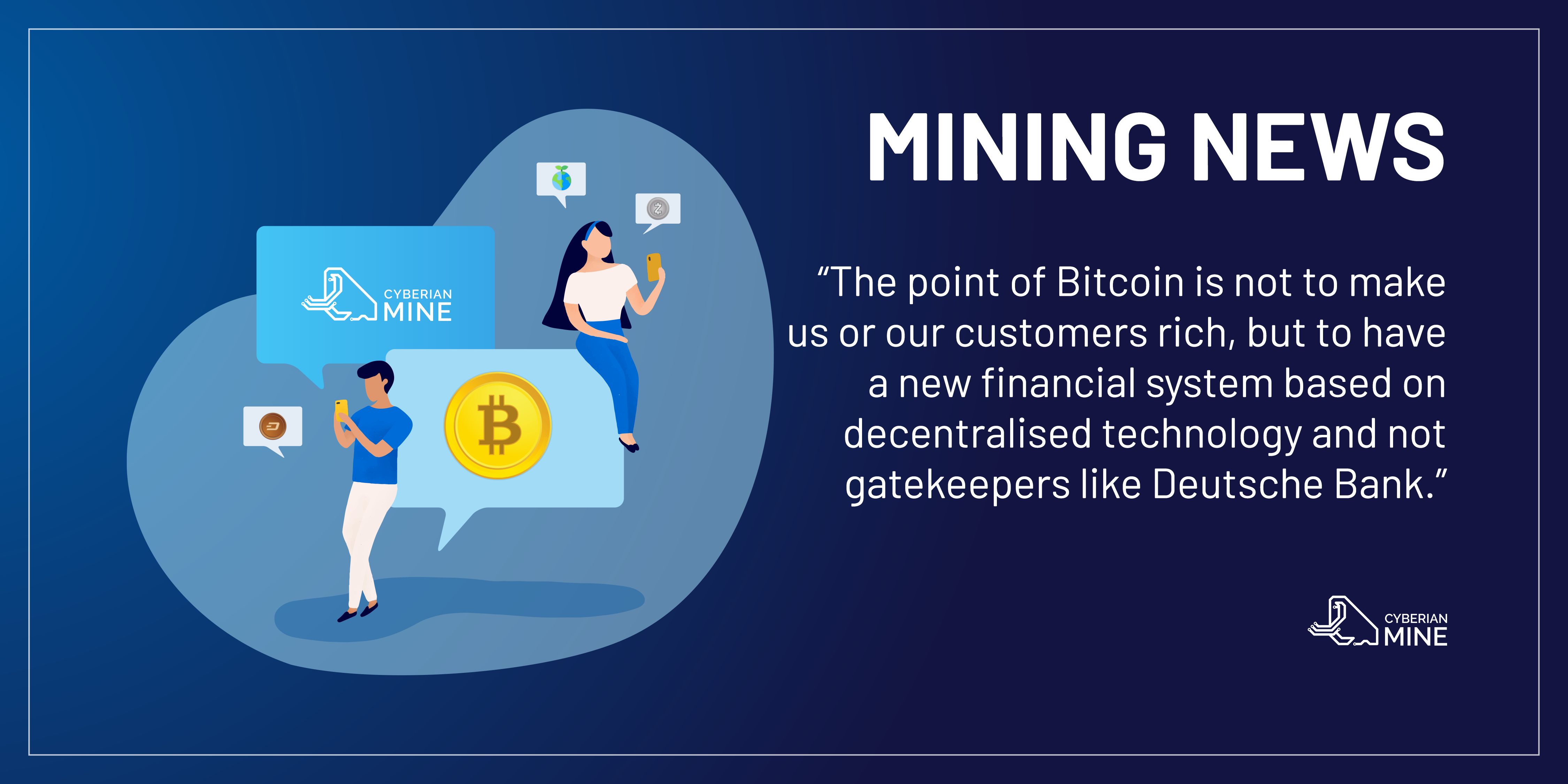 We don’t visit Berlin’s first bitcoin café very often, but when we do, good things happen

One of the notable headlines last week was that cryptocurrency platform Bakkt is releasing an app for consumers to use at Starbucks and other places to seamlessly spend bitcoin. Soon, you’ll inevitably be able to eat and drink your way through most of the world’s major cities with crypto. But as recently as three years ago, things were a little different. You had to head to a place called Room 77 in Kreuzberg, Berlin, to spend your bitcoin. 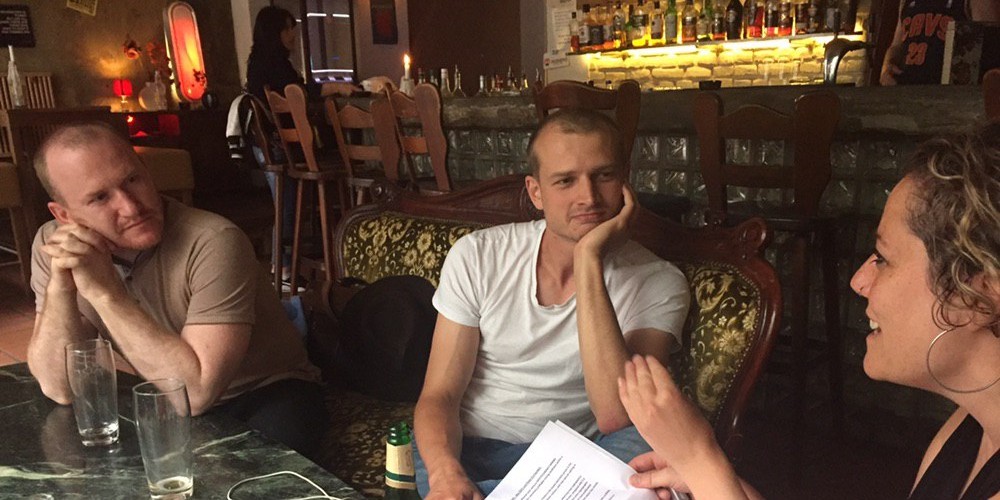 The Cyberian Mine team feels at home at Room 77

The “restaurant at the end of capitalism” prides itself on “warm beer, cold women and fast food made slow” and has been accepting bitcoin as payment for beer and burgers since 2011. On receiving his first customer payment in bitcoin, Room 77’s owner, Joerg Platzer, said, “I felt 20 years younger. This was the sort of money I read about when I was young.” Room 77 has an understated but unmistakably cyberpunk vibe. In 2018, when Cyberian Mine closed its angel investment round, the team chose Room 77 as the place to celebrate. And it’s also where we met Lesley Haw.

Lesley isn’t one of the “cold women” Room 77 advertises. She’s a Berlin-based writer and former journalist and radio producer for BBC Scotland. She specializes in startup, tech and cultural features and has written for Metro AG, Techstars, Silicon Allee, Zalando and GetYourGuide. Lesley interviewed our management team and wrote this Medium article based on her impressions of the company. Here are some highlights: 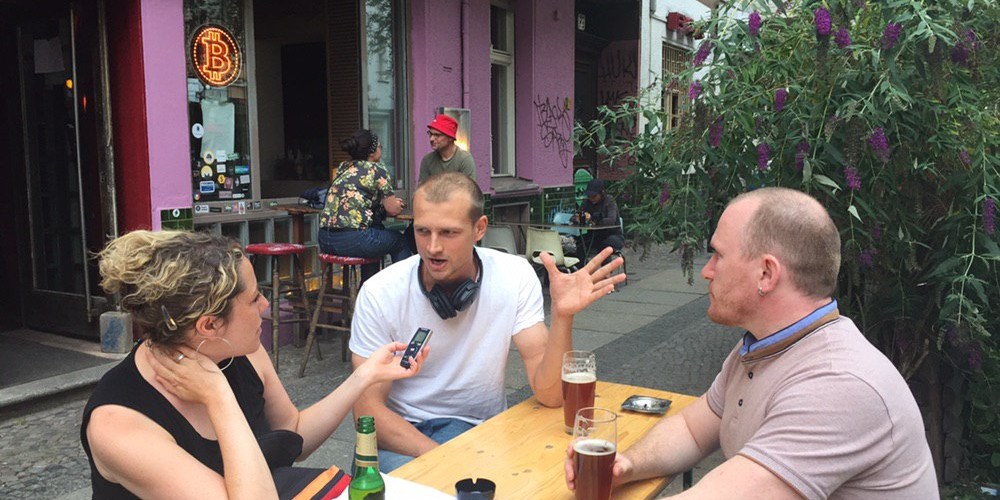 Bitcoin on the window, on the chat and to pay for the beers

On establishing Cyberian Mine as a German GmbH

“We thought if we could handle the German bureaucracy, we could do anything, and when people see this they know we are serious. It took us more than a month to open a bank account because no one wanted us. Fourteen banks rejected us when we applied to open a new account.”

On the purpose of Bitcoin

“The point of Bitcoin is not to make us rich, not to make our customers rich, but to have a new financial system based on decentralised technology and not gatekeepers like Deutsche Bank or Bank of England.”

On using green hydro-electricity to mine bitcoins:

“Not only are we using renewable energy — we‘re doing it completely transparently. We don‘t hide any of our margins, and we help people actually make money in mining, rather than some of the previous competitors who just rip people off, especially in the cloud mining sector.”

To read the full article, pop on over to Medium.

Journalists! Next stop for the Last Mine Standing

We’ll be at the Global Venture Summit in Luxembourg on 20 November for more high-class networking and valuable knowledge exchange about innovative markets. If you’d like to connect with us at the summit to discuss hosted crypto mining with renewable energy, or just crypto in general, drop us a line on +49 30 700 12 7090 or send an email to [email protected]. We look forward to meeting you there. 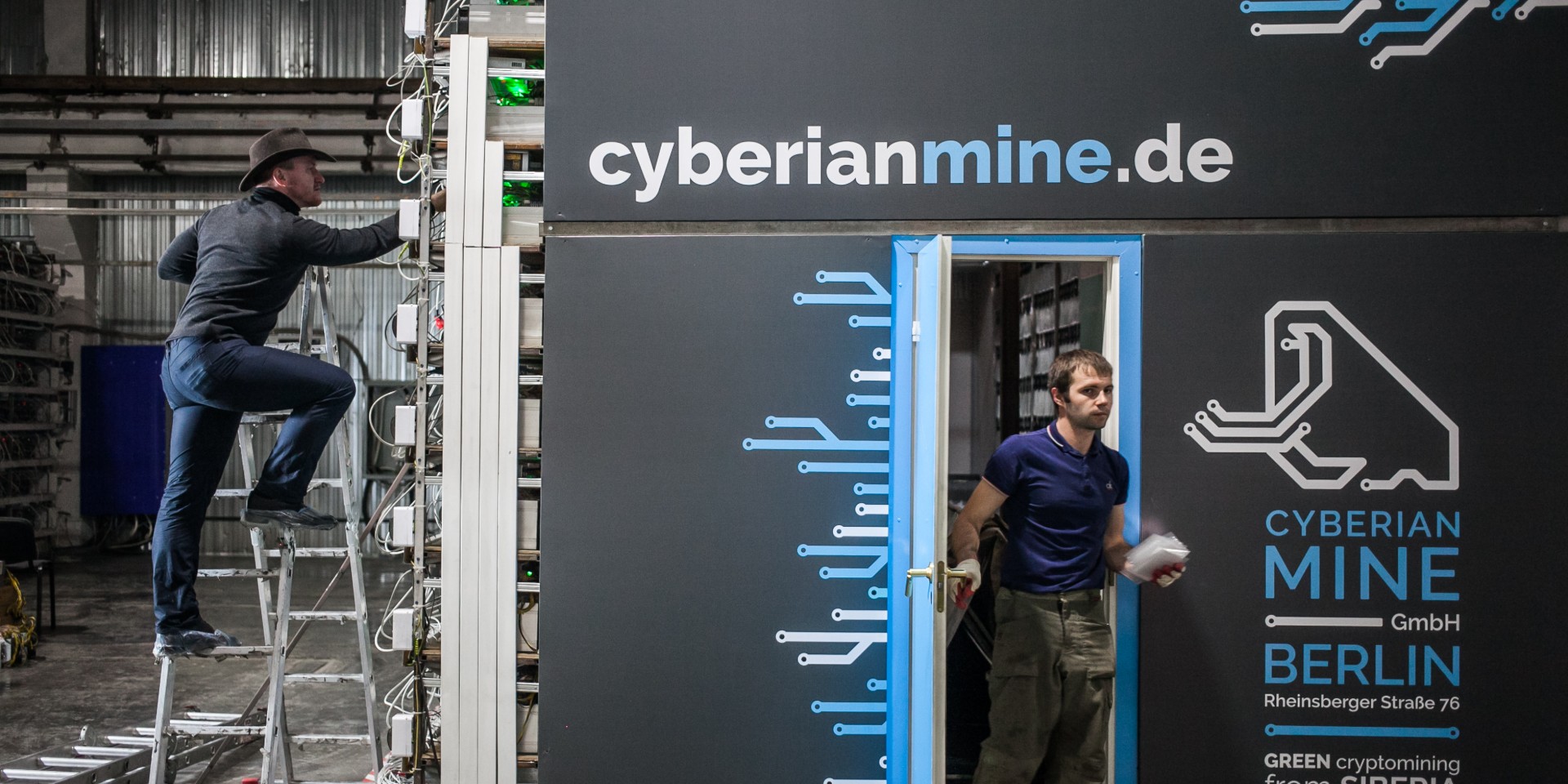 No matter where the conference is, our work in Siberia continues strong

The time is now…

If you’re ready to begin your mining adventure with Cyberian Mine but won’t be at GVS, the first port of call is our free Telegram group, where we share all the latest details about our mining machines and hosting opportunities before anywhere else.